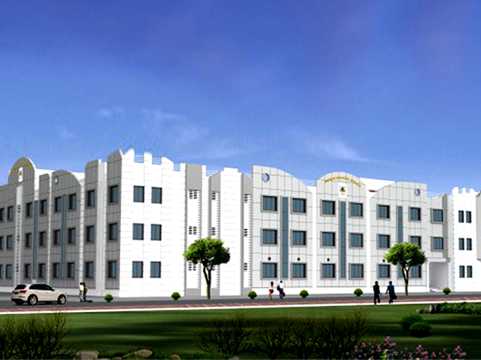 INDIAN SCHOOL SOHAR CONSTITUTION DAY CELEBRATION AND VISIT OF HIS EXCELLENCY SHRI AMIT NARANG, AMBASSADOR OF INDIA TO THE SULTANATE OF OMAN

“Constitution is not a mere lawyer’s document, it is a vehicle of Life, and its spirit is always the spirit of Age.”

November 26th is celebrated as Constitution Day to celebrate the adoption of the Constitution of India. In order to commemorate 'Constitution Day 2021' at Indian School Sohar, various programmes highlighting and reiterating the values and principles enshrined in the Indian Constitution were performed by the students. The event commenced with the Royal Anthem of Oman and the National Anthem of India.

The Principal, Ms. Sanchita Verma welcomed the esteemed guests and also presented a report on the milestones of the school since its inception in the form of a PowerPoint Presentation. This was followed by invoking God’s blessing as the students of Class VIII sang the hymn 'Mera Khuda Bada Hai'.

To highlight the importance of the day and create social awareness regarding the importance of protecting the constitution, the Preamble of the Constitution of India was read by Ms. Francisca Menezes. The Constitution of India has given its people a direction to grow and prosper. The school choir sang ‘We Will Uphold the Constitution’ taking a pledge to uphold the constitution and making India a better country. Awakening the core values of the Indian Constitution a few students danced to the beats of a semi classical song ‘Bharat Anokha Raag Hai’ depicting ‘Unity in Diversity’. This enthused everyone present with a spirit to be united always as citizens of India.

His Excellency Shri Amit Narang, the Ambassador of India to the Sultanate of Oman, addressed the gathering and took them on a journey of the framing of the Indian constitution; and its vital role in building ‘A United India’. The Ambassador motivated the students to reaffirm their commitment to uphold the ideology laid down in the Indian Constitution. Having a strong set of values can pave the way towards success. The Ambassador insisted on following values and inspired the students to learn, unlearn and relearn.

Celebrating this day marks, a belief in the system and the rules that govern the nation. The Constitution Day makes one remember the values and the belief the nation India stands for collectively as a democratic, republic, socialist and secular country.

The visit of the members of the diplomatic corps concluded with a guided tour of the school. 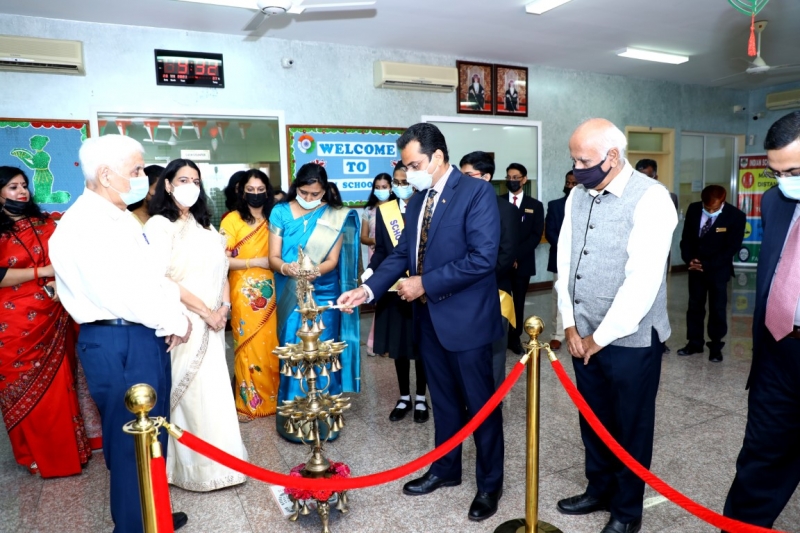